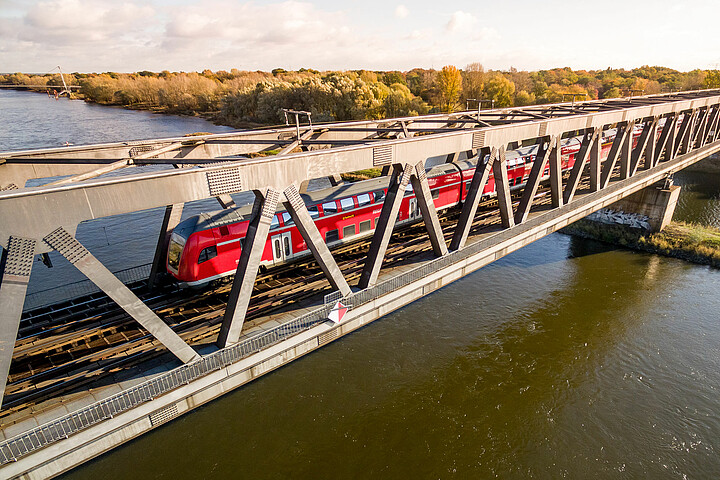 Building work will be undertaken at many locations across the railway network in Saxony-Anhalt. The construction plans will affect the 2021 train timetable. The focal point of these works is the major construction measures which will result in rail service restrictions from Magdeburg to Berlin and Dessau, as well as Halle to Lutherstadt Eisleben, and the tram service in Halle. The Nahverkehrsservicegesellschaft Sachsen-Anhalt (NASA) held a press conference today in Magdeburg to provide information on these measures.

The key features of the 2021 train timetable, which comes into force on 13th December 2020, were presented. The draft schedules will be available online from tomorrow at www.mein-takt.de. Passengers have until 26th February to comment on the drafts. NASA has been successfully using this approach for over 10 years.

Overview of important changes to the timetable and 2021 building works:

Construction work between Hamburg and Berlin

Until 26th February 2020, passengers have the opportunity to submit their comments on the drafts at www.mein-takt.de. However, the planned construction works will considerably restrict leeway in the timetable design.

The rail service timetable is created according to a strict planning calendar. Binding orders must be submitted to DB Netz by the beginning of April, after which point only small amendments can be made. Due to these regulations, for several years NASA GmbH has been presenting its drafts online in the middle of February in order to be able to accommodate suggestions from passengers. These suggestions often have to be considered alongside opposing passenger interests as well as mandatory planning aspects, but they do contribute to the improvement of the schedule.